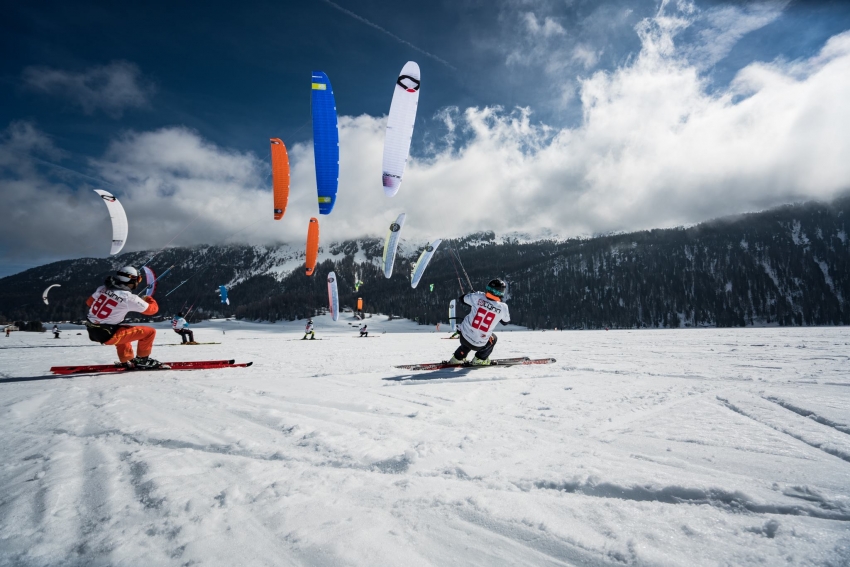 Created with the vision to give the world's best snowkiters on skis and snowboards a platform to showcase their talent, the IKA SnowKite World Cup 2019 kicked off in Italy (Roccaraso) with the special discipline “Formula GPS”, followed by the biggest Snowkiting event this season in South Tyrol at the International Snowkite Open at Lake Resia.

Just a weekend later the first IKA Snowkite World Cup in Russia took place in Tolyatti. Erciyes (Turkey) welcomed everyone in the beginning of March to race at the foot of the 4000m high volcano, culmunating in crowning the new IKA SnowKite World Champions last weekend at Lake Silvaplana in Switzerland.

We are looking back to weeks full of action on the snow with well known and new competitors, unique and beautiful snowkiting spots and great event set ups.

Florian Gruber (GER) took the overall win of the ski division after leading sovereign the Course Racing and Long Distance disciplines throughout the whole tour and is now the new SnowKite Ski World Champion. Felix Kersten, also from Germany, won the Formula GPS in Italy, but couldn’t win against Florian Gruber at the following events, which left him with a great second place within the overall ranking. Russian Ilya Gibadullin secured the third place overall.

Cristina Corsi from Italy was the only woman competing in 4 out of 5 events and is our new World Champion within the women’s ski division.

We saw great performances by Russian competitor Igor Zakhartsev, as he also scored a podium at nearly all events. Although his fellow countryman Artem Renev didn’t compete at the final (non-discardable) event in Switzerland, he became 2nd overall within the men’s snowboard fleet, followed by Austrian Reinhold Gehrer.

The IKA Snowkite World Cup 2019 was a great success and the whole team is looking forward to develop the tour for 2020 with already existing and new events.

Tweet
More in this category: « Silvaplana Is Getting Ready For The Grand Finale Of The Snowkite World Cup
back to top